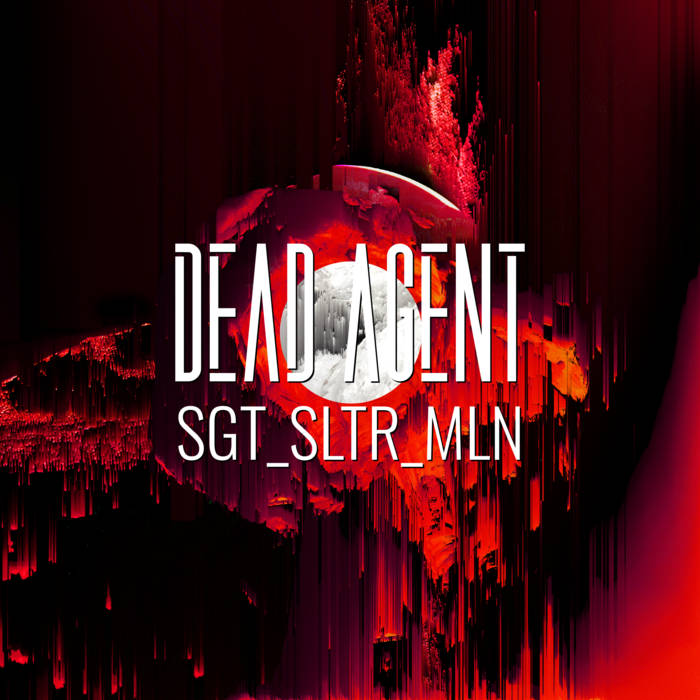 STAHLSCHLAG This is such an amazing work. The production is top notch and the music is kind of perfect cyber industrial combined with old school EBM elements. It is such a great futuristic soundtrack. Favorite track: Frentik.

This EP is the musical side of an audio/visual collaboration between Funkatron and sgt_slaughtermelon.

All music by Funkatron / Ed Finkler

All artwork by sgt_slaughtermelon / Matt Wallace

“sgt_slaughtermelon” is an ironic avatar for a body of work that exists in an age when taking oneself seriously is the first sign of retrograde motion: the stagnancy of traditionalism. Matt Wallace’s works of geometric abstraction combined with pixel sorted “glitch art” aesthetics is at once both an aspiration towards the highest of geometric abstraction in the spirit of the Russian avant-garde of Malevich and a willing admission of ignorance and irony. This is a collection of shapes and relationships meant to express the most basic and idealistic abstractions of Suprematism, only operating within a milieu of the mid-stage “dissolution” conceptualization of the limitations of both objective and non-objective expression, bearing in mind at once the likes of Friedrich Nietzsche (re: his critique of metaphysics in general) and the anonymous author of ‘The Cloud of Unknowing.” This is art meant to at once inspire the adoration of the Pythagorean mysticism of geometry and the declaration of all metaphysics as “human, all too human.” A body of work that appreciates the infinite worlds of chaos in place of Malevich’s empty infinity but maintains his glorification of the square of all finite human grasping of the infinite embodied in us.

The work is self-described as Neo-Suprematism following some of the ideas of Malevich blended and recontextualized with the thought of Rosa Menkman, Michael Bettencourt, et al. The digital collages are sourced from original watercolors, crayon drawings, stains on countertops, NASA imagery – wherever interesting fodder for the algorithms can be found. The experiments are a combination of two modes of exploration: discovery and expression. The initial discovery is the source material warped through software using various methods and constants – the first time an image is sorted it is akin to looking at a new unmapped landscape. These novel arrangements are then pressed into the service of geometric abstraction; the geometry represents the objective and rational, mathematical, and the breaking and dissolution of that geometry is a metaphor for the limits of human epistemic endeavor. Malevich’s note that “planes reveal themselves” is always contradicted by the equally real limit of our ability to intuit them objectively. The role of thresholds between the rational and non-rational, pixel-selection, and chaos and order all play with the theme of the glory and failure of our attempt to understand the numinous. The titles of the pieces reflect fragmentary thoughts and references in the same way the works themselves suggest familiar abstract shapes and symbols but never quite cross over into an arrogant assertion.